Has the singer-songwriter market reached saturation point? Can you longer stomach David Gray or Damian Rice warbling about lost love and regret. If you’re feeling this jaundiced then you could do an awful lot worse than check out the new LP from Cormac O Caoimhe.

It’s a wonderfully lush album that in no way strays toward the more tired aspects of the genre. O’Caoimhe is a classically trained guitarist from Cork who showcases here on his third solo album a wonderful ear for melody and a lovely turn of phrase.

You can hear hints of Steve Wall sneaking in on tracks like ‘Solid’ whilst opener ‘Maze of your Heart’ brings to mind some of the finer moments of the 4 of us. Make no mistake though, whilst other artists influence may be there O’Caoimhe is his own beast. The pacing of the album is for my money, perfect.  It zips along with a verve and confidence without overstaying its welcome. The wonderfully jaunty  ‘Similes and metaphors’ brings the 14 tracks to a close.

Its a immensly likable and pleasant album from an artist hitting his creative stride and one of the finest I’ve heard this year.

When the Dandy Warhols frontman is sitting up and taking notice then its a pretay, pretay fair indicator that you’re doing something right. When he says ‘Is this not the sickest and most totally believable heavy rock motherfucker ever’? then you definitely are making the kind of sound thats rocking the shit out of proceedings.

High praise indeed. Is Taylor after losing it? Has his ear for a song disappeared you might ask? A resounding no. He’s on the money , and when he got in touch with the Vincents after being blown away by their set at Sea Sessions, the resulting remix of their track ‘Song for the sea’ is pretty special. You can listen to it on the following link. 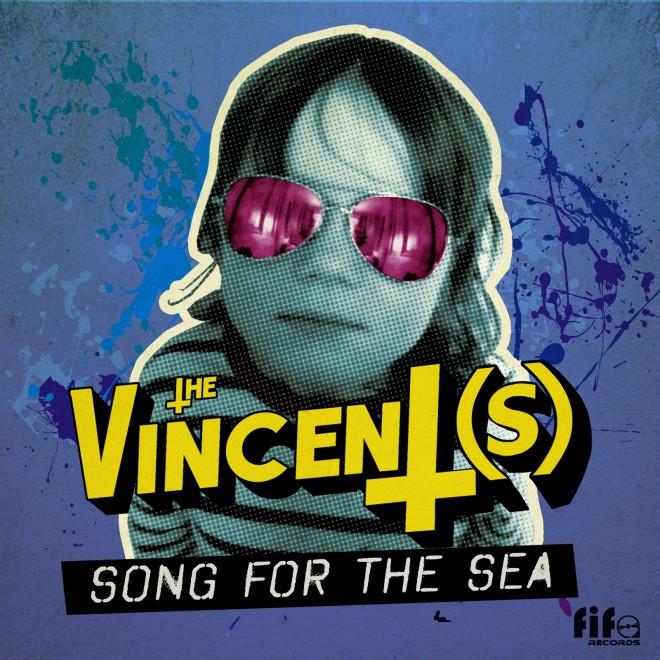 Cork’s Anna Mitchell has released the video for her new single Fall Like That. I reviewed the e.p. earlier this month and its a dinker of a track with a video that takes in the splendour of Fitzgeralds park and even fits in the shaky bridge. Check it out.

You can catch Anna live on her E.P tour later this month

What is a triptych? Tricky’s small fella, a clumsy child? Nope its a work of art that is divided into three sections, or three carved panels which are hinged together and can be folded shut or displayed open. Triptych:2 also happens to be the  the second installment in a trio of EPs released by Irish 5 piece The Hard Ground ahead of the their second album which is due out next year. .

The good news is it’s a stonker. New single ‘Deep in Green’ is a slow burner that has a deep resonating sound that slowly draws you in all wrapped in a sumptious vocal by Marlene Enright. It’s a seemingly uncomplicated yet assured effort that showcases an act comfortable in their own skin. The track breezes along and reels in the listener. Its a track that highlights the bands strength in meshing understated vocals with a slow thumping percussion and a kick of scratchy guitar. Very pleasant stuff indeed.

Good things come in threes apparently and on the evidence of this I cant wait for Triptych:3. The Hard Ground will be playing a series of Irish gigs to coincide with the EP’s release.

Sky and the Ground, Wexford

Corkonian singer songwriter Anna Mitchell follows up her excellent single release ‘Let’s Run away’ with a new collection of songs on her EP ‘Fall Like That’. Anna combines a mix of Americana and folk on her new release ahead of her upcoming LP which is due to be released next January. If you can’t wait until then, then you can catch Anna’s Official EP launch next month at Coughlan’s on the 26th (Friday night).

Anyone who likes their folk/country tinged with sadness and honesty could do worse than check out the EP, the highlight of which for me is the titular track, a song steeped in melancholy and wrapped in a beautifully simple melody. Definitely one to watch.

Think of Sheffield and you might conjure up images of the City of steel, United & Wednesday.  Where do heartfelt love songs fit into that? It may be ‘grim oop north’ but it certainly hasn’t damaged the wonderful song writing talent of a certain Mr Hawley. He took to the stage bedecked in leather jacket and turn up jeans and do you know what, he rocked the shit out of the Savoy. It was an interesting crowd on the night; a mixture of hipsters and oldies but the one defining characteristic was that they were here to appreciate a master song smith at work. It’s a tribute to Hawley’s on-going critical appeal that the venue was packed to the rafters for his latest show on Leeside.

Hawley delivered a set chockfull of outstanding numbers with gusto and standouts included ‘Open up your door’ and ‘Before’. There was a nice line in banter with the crowd it made for a typically accomplished night’s entertainment. I must admit I wasn’t overly sold on his stuff before the gig but after seeing him in the flesh I’m a convert. All too often an act can garner the affection of the muso critics and fall flat in person but as soon as he kicked off proceedings with the new album’s titular track “Standing at the sky’s edge” you just knew you were in for something a little bit special. This wasn’t a jaded performer going through the motions, this was a singer who connects with his crowd from telling people to yap away if they like during the quiet numbers to telling us about his kite flying adventures on acid. Hawley has an easy and unaffected stage presence that translates into a relaxed atmosphere that perfectly reflected his seemingly effortless style.

An encore was never in doubt and the crowd were in full voice as they roared their appreciation. “Lady Solitude” and “The Ocean” brought proceedings to a close and the first big act to hit the Savoy since its recent re-opening left this audience elated and delighted in equal measure. Alt-J might have scooped the Mercury this year but they only wish they could pull off a leather jacket and NHS specs with such ease. A truly wonderful night from a very special talent

After stints as a guitarist in a number of bands– the Smiths, the Cribs, and Modest Mouse among them– Johnny Marr will release his first solo albumnext year. It’s called The Messenger, and it arrives on February 25  via WB. 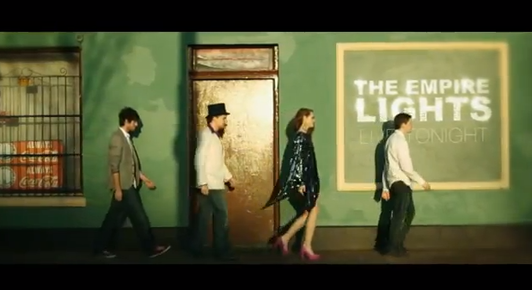 Cork’s very own Empire lights have issued a limited signed copy of their single “Momentum”.On the go since 2011 the Leeside/Oz trio comprise of  Aussie singer Sarah, Bassist Barry and Drummer Ronan with a rolling roster of accompanying guitarists. The trio have strormed through a series of live dates (Indiependence , etc) and are working on their debut long player

In the meantime if you want to get a singnd copy of their debut single then it can be got throught the band’s website. @  www.theempirelights.com/buy

Everyone’s favey preppy pop purveyors have busted out an alt-country tinged, rollicking new number called “Unbelievers”. They debuted the song on Jimmy Kimmel in full Halloween rig out.  The song is expected to be the lead single for their upcoming and still-untitled new album. It’s got all might expect from a Weekend number; horns and strings, harmonies aplenty and verbose vocals, concise and driving instrumentals. Check it out.

Little Green Cars have just released the video to their new single ‘The John Wayne’. The indie-rock number was filmed in Goulding Summerhouse in Co. Wicklow. The band are on a roll right now right now having just completed their first US tour.

Little Green Cars return to Irish shores for a headline show in Whelans on November 8th. The debut album is scheduled for release in early 2013.